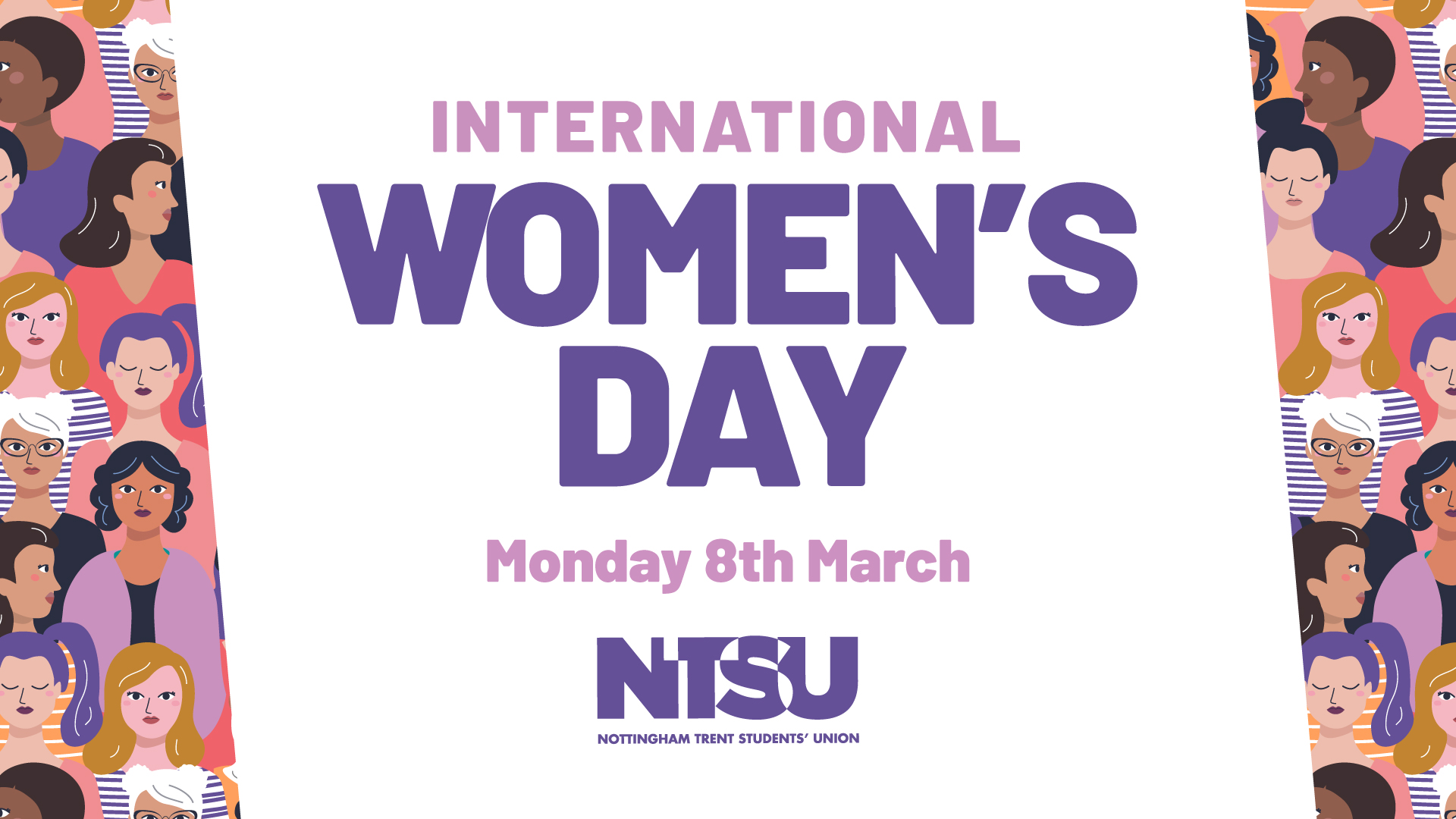 International Women’s Day celebrates the achievements of women around the world.

Here at NTSU, we’re marking the occasion with a panel talk and social media takeover.

We’ve also put together a list of great books and films to help to raise awareness around women’s equality.

Your NTSU VP Community & Welfare, Zoe Mallett, is hosting a panel talk with inspirational women from a number of different industries.

The speakers will be:

Your Officer team are hosting an Instagram Story takeover on International Women’s Day, celebrating women who have inspired them and encouraging you to do the same.

Make sure you’re following us @trentsu to take part.

An acclaimed late-night show host is forced to hire a female writer because of her decline in popularity.

Christine Lady Bird McPherson, a teenage girl faces a lot of ups and downs in her relationships during her senior year in high school.

Three female African-American mathematicians play a pivotal role in astronaut John Glenn's launch into orbit. Meanwhile, they also have to deal with racial and gender discrimination at work.

When a pilot crashes and tells of conflict in the outside world, Diana, an Amazonian warrior in training, leaves home to fight a war, discovering her full powers and true destiny.

Phiona's life changes after she meets Robert Katende, who teaches her to play chess. Under Katende's guidance, Phiona becomes a top player and sees an opportunity to escape from a life of poverty.

While the March sisters enter the threshold of womanhood, they go through many ups and downs in life and endeavour to make important decisions that can affect their future.

In early 20th-century Britain, the growing suffragette movement forever changes the life of working wife and mother Maud Watts. Galvanized by political activist Emmeline Pankhurst, Watts joins a diverse group of women who fight for equality and the right to vote.

Two ambitious girls, despite their parents' wishes, have their hearts set on careers in professional football.

Two sisters (Ashleigh Murray, Rachel Crow) turn to train robbery to make ends meet after their mother is arrested and thrown in jail.

Battle of the Sexes

In 1973, the world witnesses one of the greatest tennis matches when the renowned player Billie Jean King competes with the former champion Bobby Riggs, while they deal with personal issues.

Set in the deep American South between the wars, The Color Purple is the classic tale of Celie, a young black girl born into poverty and segregation.

Girl, Woman, Other follows the lives and struggles of twelve very different characters. Mostly women, black and British, they tell the stories of their families, friends and lovers, across the country and through the years.

The novel is about two families living in 1990s Shaker Heights who are brought together through their children.

A Safe Girl to Love

This book shines a light on one of the most fascinating characters: the madwoman in the attic from Charlotte Brontë's Jane Eyre. This mesmerizing work introduces us to Antoinette Cosway, a sensual and protected young woman who is sold into marriage to the prideful Mr. Rochester. Rhys portrays Cosway amidst a society so driven by hatred, so skewed in its sexual relations, that it can literally drive a woman out of her mind.

Every woman has a different story to tell. Reading them all in one book might just change your life.

We should all be feminists

In this personal, eloquently argued essay - adapted from her much-admired TEDx talk of the same name - Chimamanda Ngozi Adichie offers readers a unique definition of feminism for the twenty-first century, one rooted in inclusion and awareness.

Sometimes Sara Pascoe confuses herself. She gets wildly and pointlessly jealous. She spends too much time hating her bum. And you know what she hates more than her bum? Her preoccupation with her bum. There was so much about her behaviour that Pascoe wanted to understand. So she started researching what makes us - women - tick. And what she read made her eyes fall out of her face. Reader, here is everything science has to tell us about love, sexuality, infidelity, boobs, periods, pubes, broodiness, and clever old fat.

With raw honesty, Shraya delivers an important record of the cumulative damage caused by misogyny, homophobia, and transphobia, releasing trauma from a body that has always refused to assimilate. I'm Afraid of Men is a journey from camouflage to a riot of colour and a blueprint for how we might cherish all that makes us different and conquer all that makes us afraid.

From government policy and medical research, to technology, workplaces, and the media. Invisible Women reveals how in a world built for and by men we are systematically ignoring half of the population, often with disastrous consequences. Caroline Criado Perez brings together for the first time an impressive range of case studies, stories and new research from across the world that illustrate the hidden ways in which women are forgotten, and the profound impact this has on us all.