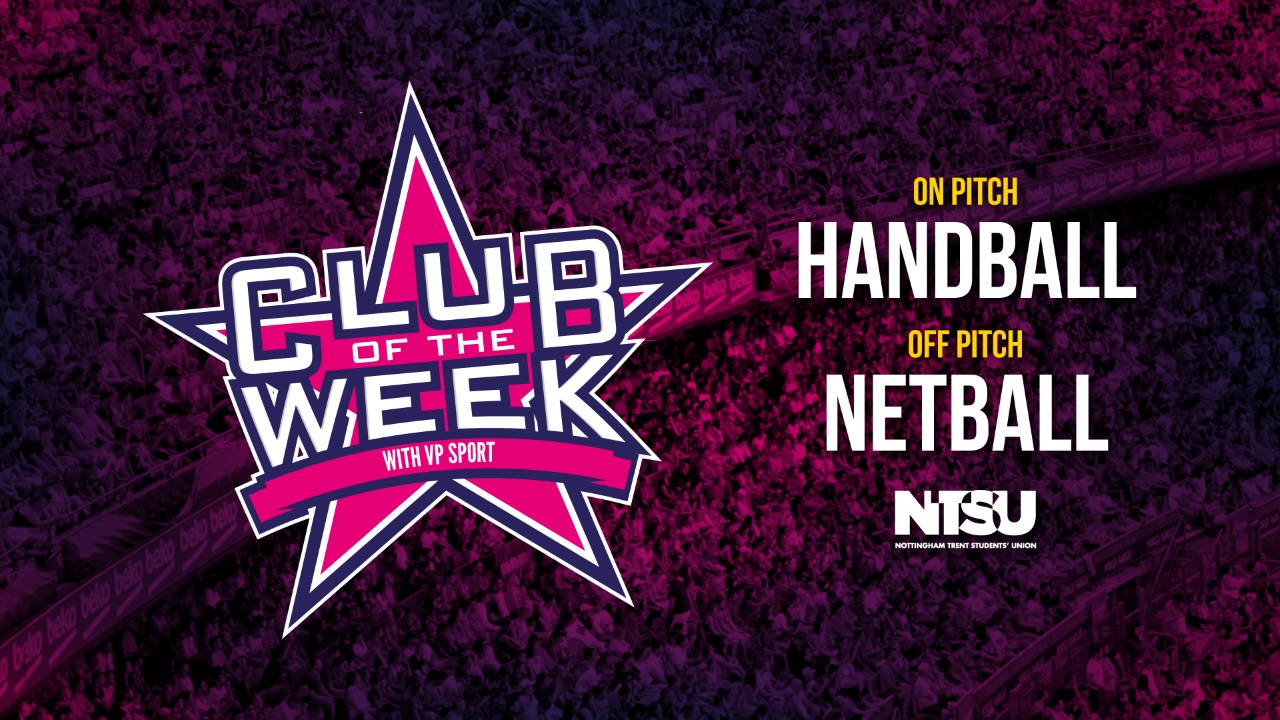 NTU Handball travelled to Medway Park in Gillingham last weekend for the University Handball Championships. After three long days and a lot of handball games, the Men’s 1st team won the competition and were crowned the best university team in the country.

The women’s team also placed 7th in the top women’s division and the men’s 2nd team placed 3rd in their lower division – a great achievement considering the team is made up of beginners!

Netball made a donation to the NG11 Clifton Foodbank this week. Giving back to the community they train, play and live in is a priority for the club which is why members spent the week collecting food items at socials and BUCS for the charity which provides emergency food for those living in poverty.