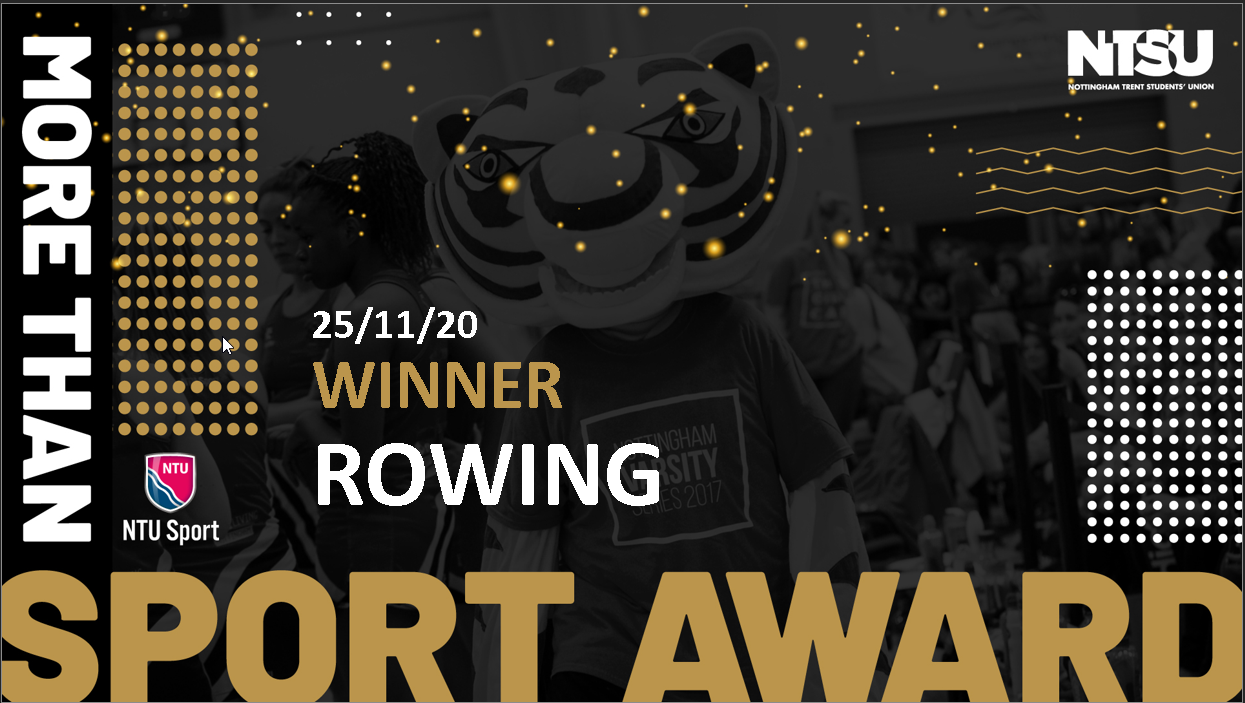 What is the More than Sport Award?

The Students’ Union usually recognises the achievements of NTU’s sports clubs by awarding two Club of the Week awards throughout the year. Since many clubs are currently competing and playing less as a result of the COVID, we decided to introduce the More than Sport Award which recognises the efforts clubs have made in other ways over the last few months.

NTU Sport will award the club with £50 as a thank you for their hard work.

Rowing this week have participated in a number of online events and activities to raise money for November.

Male members choose to go sober or run 60km throughout the month, in addition to growing a moustache.

The female members decided to take on the monumental task of collectively running, cycling, swimming, or rowing 1407km (the length of Land’s End to John O’Groats), as well as a virtual relay race!

As a club, Rowing have raised £1,883 so far. They are well on course to surpass last year’s total.

Think your club deserves to win?

More than sport award, Club of the Week,