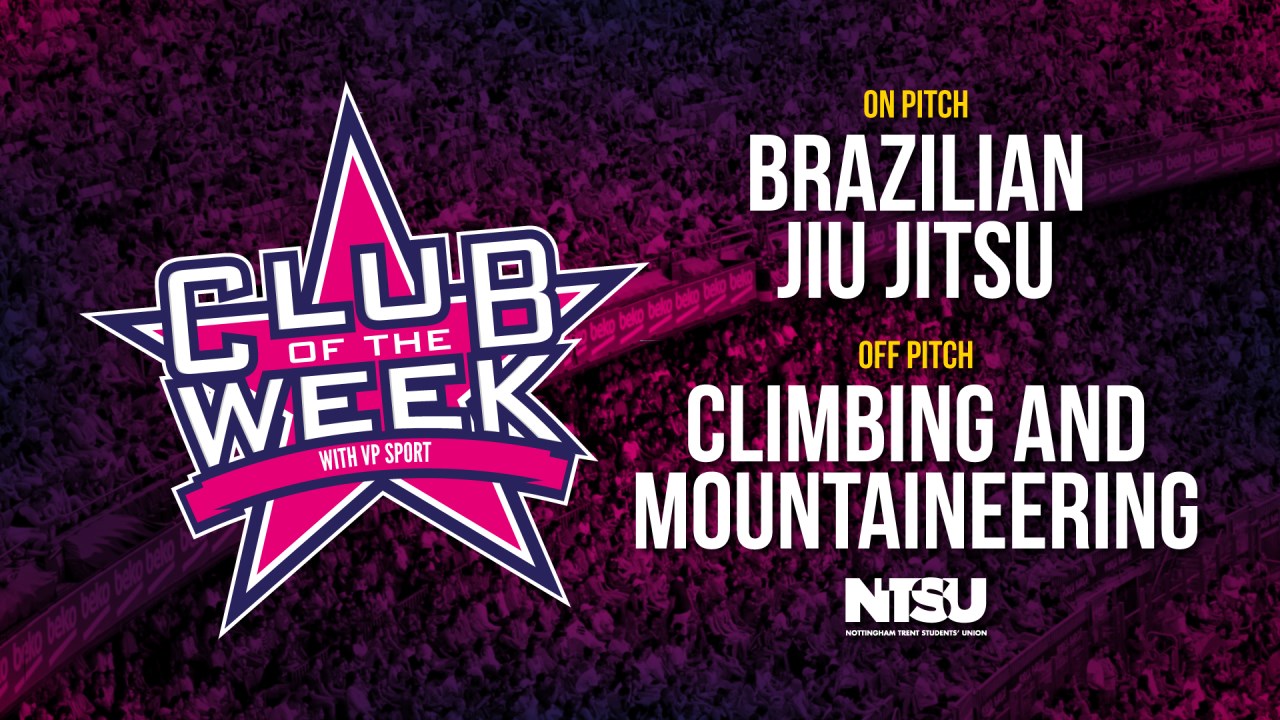 The NTU BJJ squad travelled to Warwick to compete in the UK Universities National Championship this week. They won the overall competition with a win rate of 62%  - a huge achievement considering the amount of new members gained this year. They also won without a head coach in place meaning it was up to the committee alone to share knowledge and push the team.

Throughout the term NTU Climbing have been taking weekly donations on behalf of 4Ocean, a charity which aims to cleans oceans and coastlines. This week they donated £258.95 which will lead to 15lbs of plastic waste being removed from the world coasts. They’ve also committed to buying biodegradable glitter for their fancy-dress themes to reduce the impact regular glitter has on the environment.